News Rain gathered in a recent interview where Kemi Olunloyo, a US-trained journalist and Social Media personality talked about how she started watching BBNaija show and her most preferred housemate. 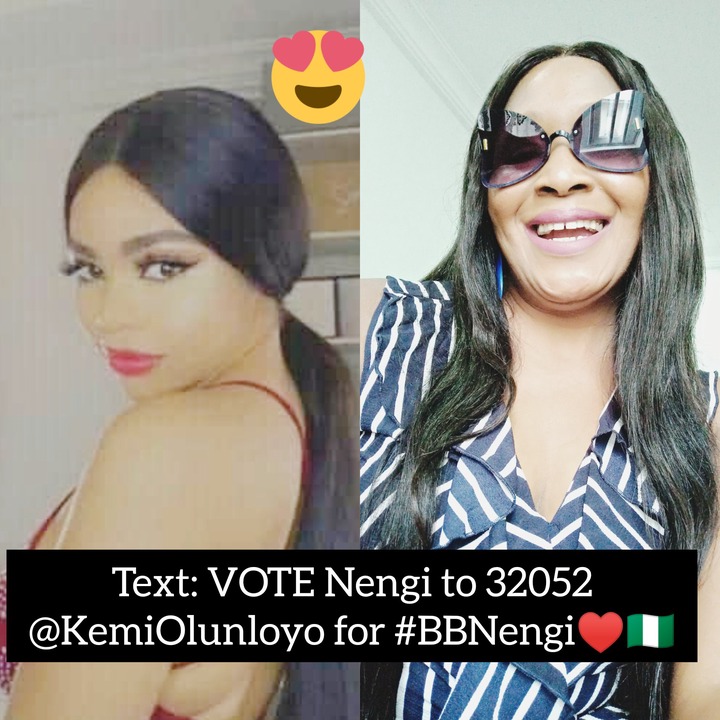 She said: ”I only started watching it in detail recently. The very first season I watched, the Ebuka season, I came home in 2006, I remember they didn’t have the show for 10 or 11 years, there was a big gap between them. But this new one, I really haven’t watched well when Ceecee was the runner up. They dragged me into it, oh Aunty Kemi, please… I like Ceecee because she’s a strong woman but I really never watched and at the end of the day, I drew votes for Ceecee and when she came out of the house in South Africa, people started saying look at all the works Aunty Kemi did, she forgot to name me in the celebrity list she’s thinking and she said somebody tagged her. I felt bad and I let her know and later she now says she thanks me, I didn’t even look at her face”.

”So I decided I was not going to get involved again and last year when they came to my dm again, Aunty Kemi please, support Seyi Awolowo, Awolowo’s grandson, he’s a Yoruba boy and all that. So I examined Seyi, I started watching the show towards the end and I endorsed Seyi. I actually helped keep Seyi in the house until the final day. At the end of the day, my influence is great but you must appreciate it.  I don’t give free endorsement but if I gave free endorsement or I even carried money from companies to endorse, I’ll be a billionaire by now. There are a lot of things they ask me to endorse and I say no because I really don’t like those things and they are only paying me to endorse it.”

Talking about her preferred housemate in the current edition she stated: “So, this year I started watching the show from the beginning because I was going to monetize my tweets and I said this LAYCON guy is a weirdo. When he said he likes to talk about sex, I said hmmm… just be careful with this one. The next day, I discovered that he wasn’t the person I described the other day. He was open, he was talking, he was just observing everybody. He had a strategy and I really like LAYCON. So one-day last month, I did a video and I said I’m a media icon so I’m going to join the Icons. LAYCON is great so please, vote for him. I want you to vote for the Yoruba boy, it’s about time they gave it to a Yoruba man because if you look at it, all the Igbos have been winning. So the next thing you know, boom! She’s a tribalist. I’m a tribalist now, Seye, I mean have tribes we have tribes in Nigeria. Why do they call apon ogbono on the other side? Soups are reminiscing to each tribe, Oha, Yoruba gbegiri, Ewedu. I’m a tribalist and so what? There is nothing wrong with tribalism, it’s healthy. I said give it to the Yoruba boy, is that not the same thing as saying give it to the woman?  Then they’ll call me a feminist abi? Mercy Eke won last year, give it to a woman, so what’s wrong with Nigerians? ‘It all boils down to what I told you earlier in this interview, Nigerians don’t like the truth so I find young people abusing me, “this woman we don’t need you jor, you are the bad market. Icons are from every tribe, so they made me look bad with my endorsement, a very nice video that went viral. Laycon’s handlers retweeted my video but the haters, the icons, they are not different from Tacha’s fans, Titans. They are aggressive, nasty, rude people. The made the handler take out the video. So they removed the video from Instagram, undid the retweet, I was very upset and I felt like wow, I want to influence someone and they don’t even appreciate me, so I deleted the video myself. So, no more talking about LAYCON, so I stopped’.

“I started examining my favorite girls in the house, Lucy and Nengi. Sadly, Lucy was a victim of the same thing I’m talking about, they don’t like the truth. They evicted Lucy and she said to Ebuka when he asked her ‘who do you think nominated you for eviction, she said everybody. And then he showed her everybody. I like who keeps it real, I’ve been in touch with Lucy, I’m going to do an interview with her on Twitter. Lucu is great and I told her that I like the fact that she is from Calabar. I just ate the afang soup for the first time this year. I had it at a restaurant in Ijehat at N3, 000.00 so the second time, Daddy Freeze’s wife cooked afang for me on my birthday. I celebrated mu birthday online but inside my house with my son. We did an online show for one hour, cut the cake, we ate, the afang was really good with Daddy Freeze at tastebuds. The third time I’m going to eat afang is with Lucy, she said she’s going to cook her signature afang soup for me and when I do that, I’ll go live on twitter and she might go live on her Instagram of course, I’m not on Instagram anymore”.

“So, Lucy was evicted, she left Nengi so I started talking about Nengi’s moves on the show and so in the last week, I’m holding on for Nengi every single day this week, morning afternoon, and night. When I eat my breakfast, lunch, and dinner, I’m voting for Nengi five days straight till 10 pm on Friday. So I’m driving votes for her on my twitter and I’ll see you there”.

Good luck to Laycon though, I have nothing against Lacon, it’s his fans I don’t like. When Laycon comes out, win or lose, I’m definitely going to meet him but at the end of the day my dear, his fans need to cool down, they are very rude and whatever they did to influence his handler to remove my video, they think it’s more important. They had nothing more important losing all the fans… yesterday, a bunch of Laycon fans came on my twitter and they were all apologizing for acting nasty in the beginning. They are apologizing but I’m not changing, I’m backing Nengi, that’s life. I’ll meet Laycon sometimes when he comes out of the house hopefully.

News Rain could further gathered that as the 2020 Big Brother Naija tagged BBNaija Lockdown is left with just a few days, there are 5 contestants left out of 20 and only one winner will be crowned among the 5 and will go home with N85m grand prize.