News Rain has gathered that the Nigerian goal king, has joined an exclusive list in Tunisia as the highest goal scorer in the country’s topflight, the Ligue1Tn, which ended yesterday evening.

Okpotu fondly called the ‘Panther’ by fans and football analysts for his skills, goal-scoring initiative, and impressive work rate, joined modest US Monastir on the eve of the current season scored 13 league goals this term.

The closest player in the goal chart to Okpotu is Burkinabe forward, Bassirou Compaore, who played for Club Africain, he scored a total of eight goals.

Meanwhile, on the last day of the season, Okpotu however failed to increase his tally as US Monastir drew 1-1 at home with Ben Guerdane. Also on the last day, Compaore’s Club Africain lost 2-3 at home to Etoile du Sahel.

Since joining Monastir, Okpotu has achieved several feats. He is the first Monastir player to hit double digits and his presence has helped the modest side to their first-ever qualification for the Confederation of African Football (CAF) and Arab club tournaments.

Okpotu’s feat makes him only the second Nigerian after Michael Eneramo to be crowned goal king in the Tunisian League.

Okpotu spent his early club football with Lobi Stars and Al-Ittihad Tripoli.  In April 2018 he had a trial at the Danish club Brøndby. He joined Morocco side Difaâ Hassani El Jadidi in July 2018. On 31 January 2019, Okpotu was loaned out to Albanian club KF Laçi. He joined the Tunisian team in 2019. 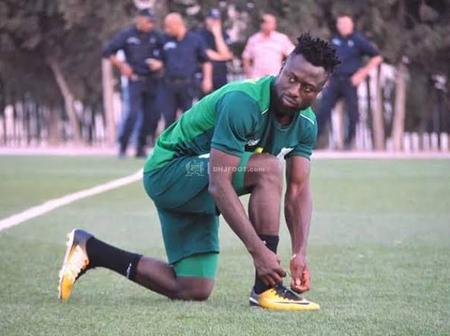 He made his international debut for Nigeria in 2018.